Rambling Rants eh? Okay, so where to start?

Well, the typical conversation starter will work: one thing Canadians have in common with English (apart from a hatred of the French – unless you’re French Canadian of course, in which case this hole is getting deep real fast. Time to stop digging!) – is they love to talk about the weather. And finally, finally we can stop talking about the SNOW, because it has nearly all gone, thank you Mother Nature. 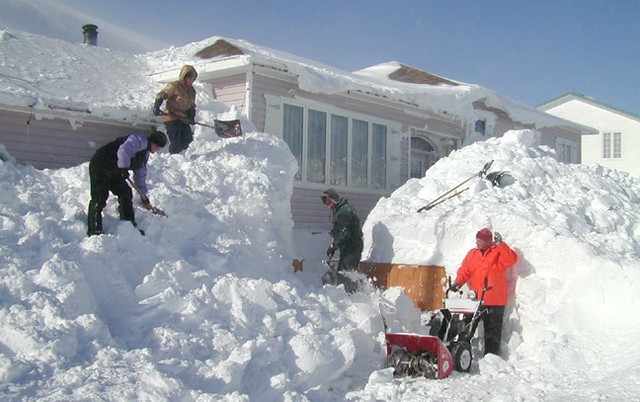 So now we can talk about the rain, and pretty soon the bugs. That’s the Canadians, not the English. There are very few bugs in England, until you get to August when the wasps turn into drunken juvenile delinquents, picking a fight with anyone over anything. Did you know, in England, window screens (as opposed to windscreens) are unknown? No-one has to affix fly screens over every opening in their house, lest they be infested with blackflies, no-see-ums, mosquitoes or any other flying predator. There are many other things that will enter your house at night and drain your blood, but a fly screen is not stopping them.

So back to the weather. How long do you reckon it will be before the first person complains about the heat? And then complains about irrational violence from a complete stranger? I’m guessing by mid-May. Canadians also suffer from early-onset sunburn, because we tend to shed all our clothes at the first hint of rays, forgetting that our albino white flesh has not seen Vitamin D in natural form for the past 6 months.

The funniest sight has to be to go Canadian Spotting on a Caribbean beach in February or March. Take a walk along the beach and try to guess how long the tourists have been there. It’s really easy.

Day 1: virginal white, so white you blend into the sand;

through to day 7: redder than the fires of Hell.

Caribbean Canadians get so red that lobsters are using you to describe being boiled alive. And how cruel is that? When did we decide that a humane way to dispatch one of nature’s creatures is to plunge it into boiling water? I guess it’s better than the woman who thought you had to bring the water to the boil with the lobster in the pan, but still … Tastes god though. It’s amazing what we will turn a blind eye to if it tastes good. Like force feeding of geese to make Fois Gras, or bleeding a calf to death to make veal. We want it cheap too – so we turn a blind eye to factory farming, and baulk at the prices in the Farmer’s Market for naturally raised meats.

And while we are on a roll with the whole ranting thing today, my girls got letters yesterday informing them that the bank will now charge a fee for debit transactions from their kids savings accounts. As if the bankers are not making enough on the interest they refuse to give us on our money, or the exorbitant rates on credit cards, they feel the need to charge kids to get at their own money. Did you ever see a poor banker?

And politicians are not helping! Our Nova Scotia Government just gave RBC (Royal Bank of Canada for non-Canadians) a $22million payroll rebate for bringing a call centre to the province. This at the same time as they essentially destroyed the fledging movie industry by removing all tax incentives for moguls to film their latest epic in the startlingly beautiful Nova Scotia countryside. Banker clearly rhymes with wanker for a reason. Maybe we should rename politicians to Puckers to reflect what they do to us, and where they do it!

Ah well. If we didn’t have anything to complain about, we would make something up. First world problems, eh? At least we have food, shelter, warmth and lots of other people to blame for our plight.

Have a nice day ❤