A while ago Margaret Rose Stringer posted a blogging theme titled Love it or Loath it. This idea fired up the synapses so much I had to sit down and take a drink to douse the flames. But it got me thinking – is it as simple as that? Is life quite so binary? Yes / No, On / Off, Love / Loath?

I’ve found overindulgence in anything is gonna get to you, so in time what you once loved, you can grow to loath. This overindulgence may be self-imposed, or may be imposed on self by others. Either way, I hypothesise that too much of a good thing is precisely what stops it being a ‘good thing’.

My Good Lady is the shopper, and she tries to shop for the things we like. Unfortunately she tends to shop in ‘robot mode’. Once programmed to buy a product, it is hard to get her to stop again. So if I mention a liking for, say, mango and chipotle dressing then that item gets programmed into GLs shopping memory. Then, every week, we get another bottle of said dressing. Suddenly we’ve cornered the world market in mango and chipotle dressing. Next thing I know, there’s an article on NBC about a world mango shortage and the collapse of the Burmese economy. Scientists clamour to clone the last remaining mango grove discovered on a deserted island in the Indian Ocean. The Mexican economy explodes on the back of a bull run on Chipotle futures and Wall Street fortunes are made in a heartbeat. 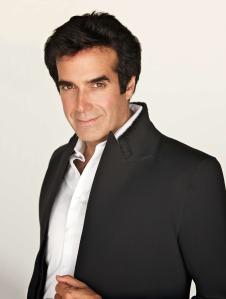 Comment positively on a new take on chicken dinner and POW! – the very next week, there it is again. You finish off that serving and POW!, it’s right back in front of you just a few days later. David Copperfield would be hard pressed to perform a trick with this panache, but then, he also knows that a good trick should never be repeated. So now, that homespun recipe for spicy chicken in blackbean sauce has been exorcised from the family cookbook.

One time, we bought particularly good Greek yoghurt with a base of honey. Rich, creamy texture, and the sharpness offset by the smooth sweetness of the honey. The taste  recalled memories of Mediterranean villages and sunkissed beaches. The first couple of times, this yoghurt was wonderful. But then like a nuclear reactor on meltdown, it reached critical mass in the fridge. The pots multiplied as if the culture itself was growing. Week after week, no matter how much of the stuff I ate, there was more. My taste for Greek yoghurt has dipped lower than the Greek economy – come to think of it, maybe that’s what caused their crash?.

It’s not just food either. A couple of years back we began to foster kittens from the local SPCA. Kittens are quite delightful, so unlike their adult brethren. So having a batch of kittens to care for over the summer was a heartwarming experience. We fattened them up and off they went to forever homes. Wonderful. Then the next batch arrived. And the next. We processed so many mini-cats that many didn’t even get real names.

And you may not believe this, but it’s possible to get too much of the ‘other’ if you catch my drift. Especially during the ‘planned conception’ phase when temperatures are being taken, menstrual cycles are being ridden harder than a Tour de France mountain stage, and the old fella is being milked dry like a prize bull in a field of heifers. Oh yes, you can definitely have too much of a good thing.

So having had too much of a good thing, can you ever go back? Well yes, of course. We are intelligent creatures. We can reprogram ourselves back onto the things we swore off in the cold light of day, sure we can. Many a time I know I’ve said ‘never again’ after imbibing of the happy juice – and one time ‘never’ even lasted six months. It took time, and my acclimatisation started with baby steps, but after a while, I was back to full speed. Not sure I should be proud of that though?

And the best way to crave something is to cut it out altogether. So that sex issue? Let me just say, the six months enforced abstinence after birth 2 certainly rekindled my fires! And talking about fires, smokers most definitely know about craving what they can’t have. My Pops quit five times before he actually quit. A buddy swore he would quit before his son was born. His son’s now five and the smokes keep going.

Which brings me to the logical conclusion. You can have too much of a good thing, until what you once loved, now you loath. But equally, you can learn to love again.

After all, abstinence makes the heart grow fonder.

3 thoughts on “Too much of a good thing?”